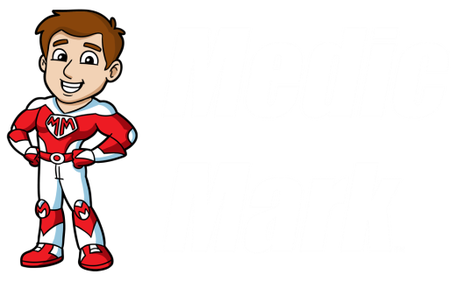 Scroll down to read more about why we developed Medic Mark. 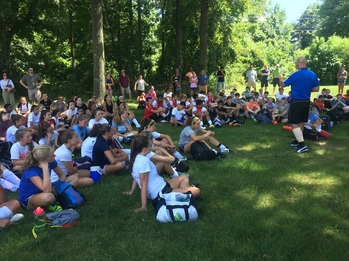 This was the moment that sparked the first Medic Mark product, the bright-red PVC rubber "bag tag." James McManus, Emergency Medical Technician (EMT) and recent graduate of The Citadel, was working at a soccer camp in Lawrenceville, New Jersey as an "Athletic Trainer," tasked with ensuring the safety and well-being of the coaches and players both on and off the field. Many of the players had asthma or severe allergies to foods or insect stings, and all needed their inhalers or epinephrine auto-injectors with them at all times.

"I knew which kids had asthma or allergies, but with about 180 kids and a dozen staff members, it could get hectic at times trying to make sure everyone received the help they needed," McManus recalls. "When one of the coaches was going to take his team to a different site a few minutes away, I told him he needed to know the location of his players' inhalers, just in case I couldn't get there in the event of an emergency."

Later, an emergency occurred on the main set of fields (and an ambulance had to be called), keeping McManus from traveling to the more distant site. Later, the coach explained that one of his girls suddenly dropped to the ground during the game, unable to breathe due to her asthma, and her teammates had not known where she kept her inhaler. Thankfully he had asked her about the lifesaving medical device before the game, otherwise he would have been unable to find it. "He came up to me afterwards and thanked me profusely for reminding him to ask," McManus remembers, "you could tell it really shook him up."
​

A lifesaving medical device could be feet away, but if it's not clearly marked it may be found too late. 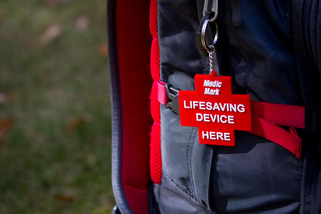 There are 24 million Americans with asthma: 17.7 million adults and 6.3 million children. As many as 40% of children have allergies, a large portion of whom have a history of severe reactions. Combined, over 3,600 people die annually from asthma or a severe allergic reaction. Since almost 50% of all kids and millions of American adults participate in organized sports every year (and countless more lead active lifestyles), these two categories (asthma/allergies and athletic participation) overlap significantly.

Imagine going for a bike ride or playing a game of pick-up basketball in the park, when suddenly you get an asthma attack and can't breathe or communicate. Picture your son or daughter having an allergic reaction on the field of the one game or practice you were unable to attend. There could be a lifesaving medical device feet away, but if it's not clearly marked it may not be found in time. How many times do you forget to pack your emergency medical device and could do with a reminder?

Medic Mark is the solution. All of our high-quality products are designed and tested by emergency medical professionals, athletes, coaches, parents, and kids. We guarantee that all are easy to use, a distinct color that stands out on any type of bag, durable, and weatherproof. Check out our full range of Medic Mark products by clicking here.
​